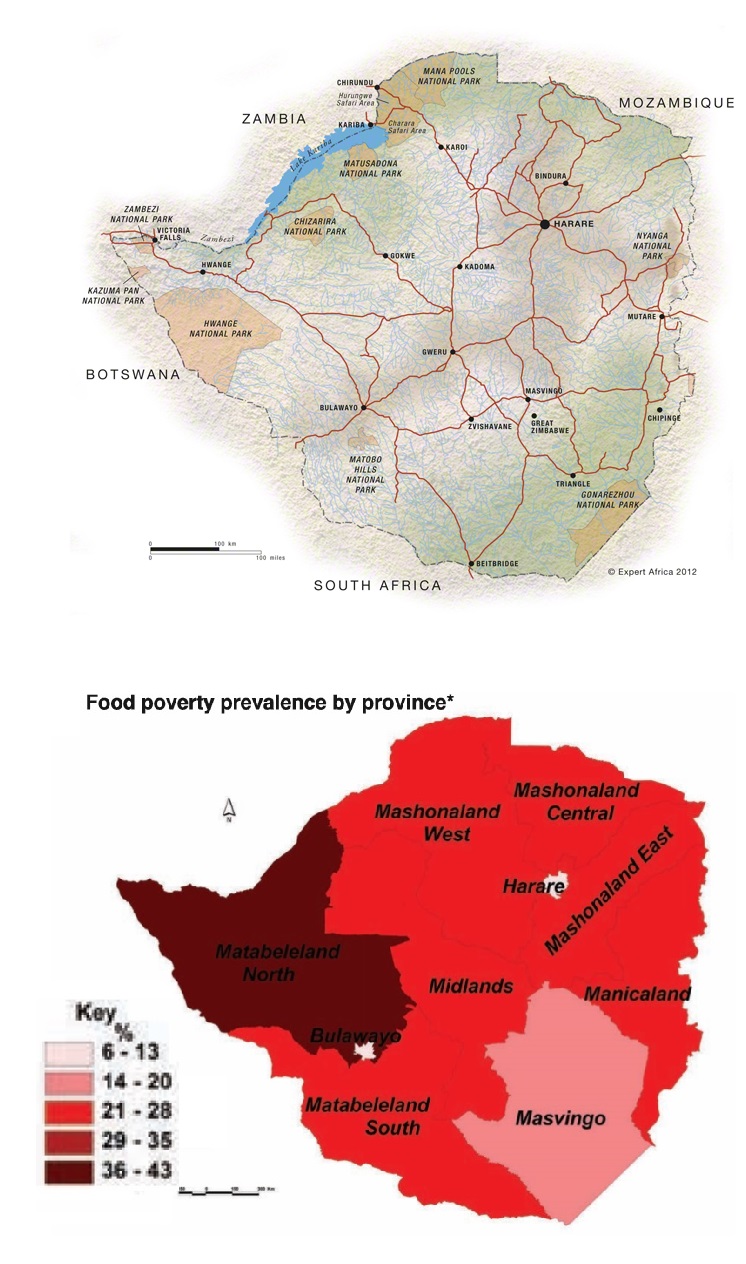 According to the Zimbabwe Human Development Report 2017, agriculture has historically been the main economic engine for Zimbabwe, although this has declined significantly over the past decade. In the 80’s and early 90’s, Zimbabwe was known as the breadbasket of Africa, but the country suffered a sustained period of political and economic decline during 2000-2008, which reached crisis proportions by the turn of the century.

Over 70 percent of the country’s population is dependent on climate-sensitive livelihoods. The 2015/2016 drought has had a major impact on food security and nutrition, and provision of water, sanitation and hygiene across the country. Additionally, Zimbabwe is among the countries most affected by HIV. An estimated 1,390,211 people were living with HIV at the end of 2014. Malaria is also a major public health problem in Zimbabwe and is one of the leading causes of mortality in the country. About half of the population of 14.9 million is at risk of contracting malaria annually.

In 2016, ZIMSTAT embarked on a poverty mapping exercise to produce the Zimbabwe Poverty Atlas in collaboration with UNICEF and the World Bank. Several provinces in Zimbabwe have been classified as being in ‘severe poverty’, with some in the ‘destitute’ category. Food poverty, which is also referred to as extreme poverty, was most prevalent in Matabeleland North Province (43.1%). Notably, 6 out of 10 of the country’s provinces registered a food poverty prevalence of over 20%. Binga is one of the most critical districts in the Matabeleland North Province, with food poverty levels up to 48% in certain regions. The Tonga basket weavers are amongst the poorest communities in Binga.

While steps taken by the new government are encouraging, financial limitations and political clout is still lacking to enforce environmental legislation and drive socioeconomic development.

Under the Tonga programme, Arts for Africa works with weaver groups in Binga, Zimbabwe.